This triple berry trifle first appeared on Or Whatever You Do!

Trifle is such a versatile dessert that feeds a crowd, and makes a great addition to any barbecue, potluck, cookout, or family gathering. 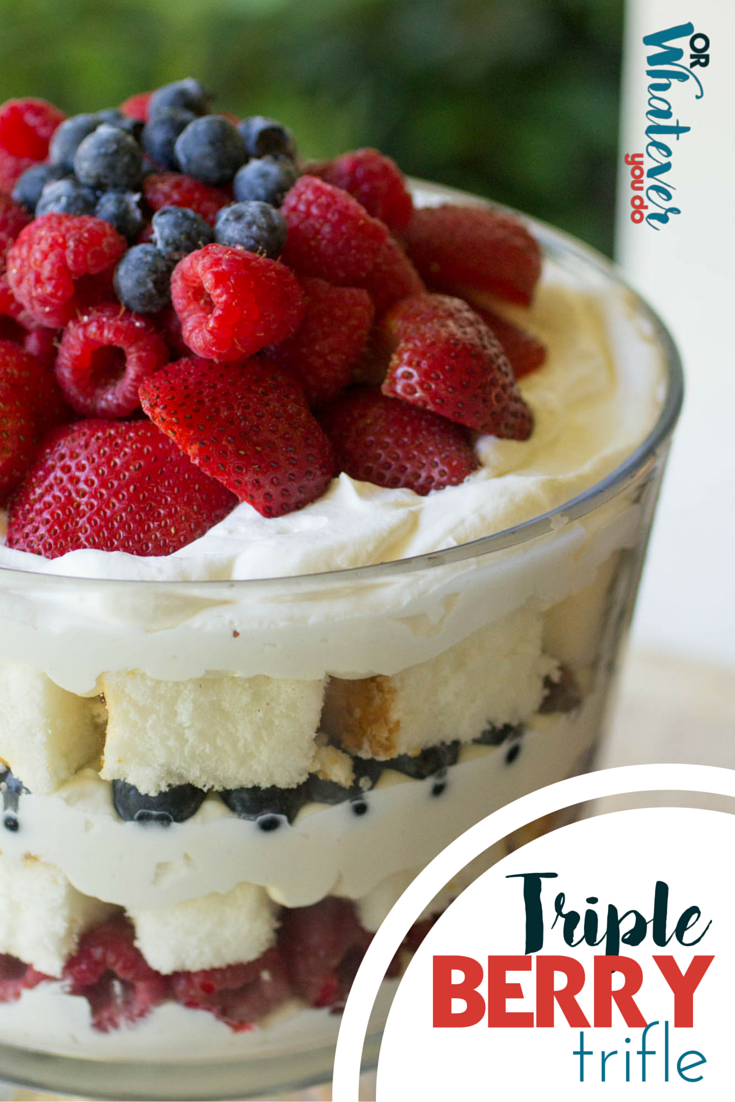 Triple berry trifle is one of my favorite desserts to serve in the spring and summer time.

It is so easy to throw together, and you can really make this your own by varying the flavor of the whipped cream. Sometimes I add a pudding or custard layer in too, which is always a hit.

When the berries are ripe, you know it is time to make hay while the sun shines and use up all that summer flavor in some pretty and spectacular desserts. 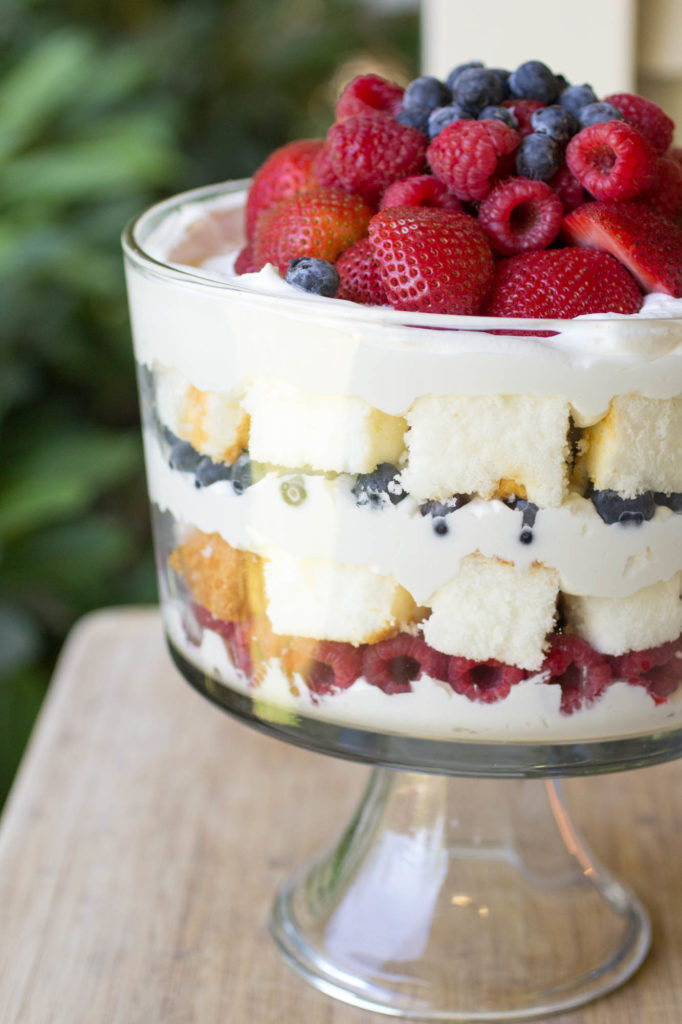 Whatever you do though, don’t scrimp on the berries. They are the star of this show, so get the best berries you can find, and get lots of them! I used a pint each of strawberries, blueberries, and raspberries.

If you need a great donut to go with this trifle, could I suggest these Vanilla Marshmallow Cream Filled Donuts? 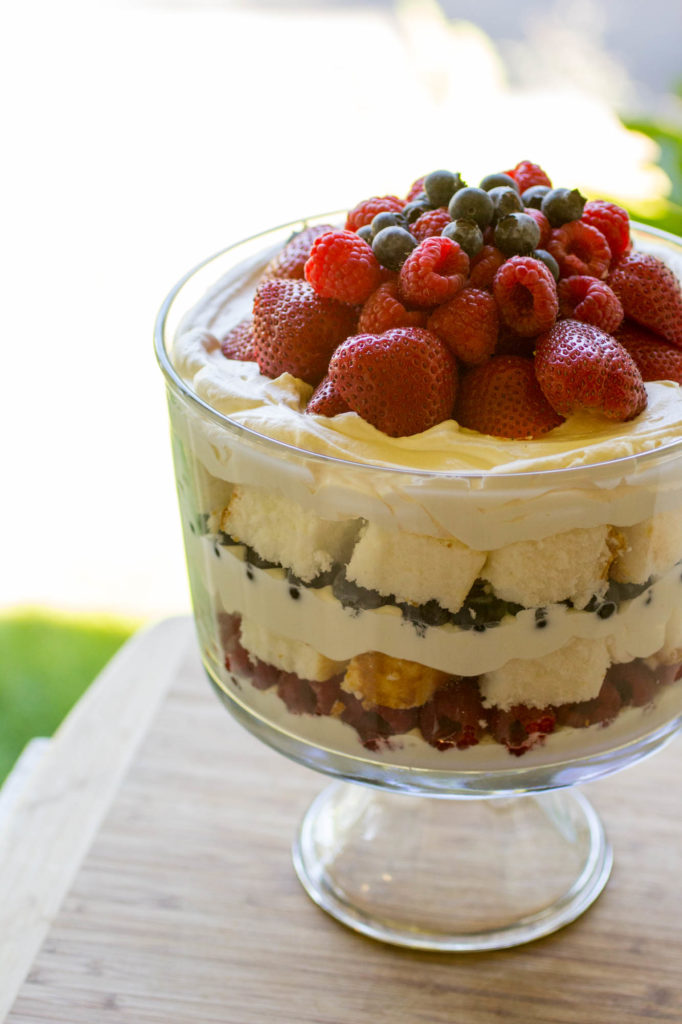 I discovered tonight that this recipe makes enough to serve modest portions to about 15-16 people. So lots for a potluck, bbq, or family gathering. Our Sunday dinners are 18 people strong, so I always cook for an army no matter where I’m going. I think I’m going to be in trouble once my chicks start leaving the nest! Cooking for 1-2 is going to be a difficult transition. My neighbors are going to really really like me. 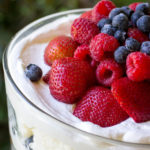 Amazing triple berry trifle with Chambord and Grand Marnier in the whipped cream! 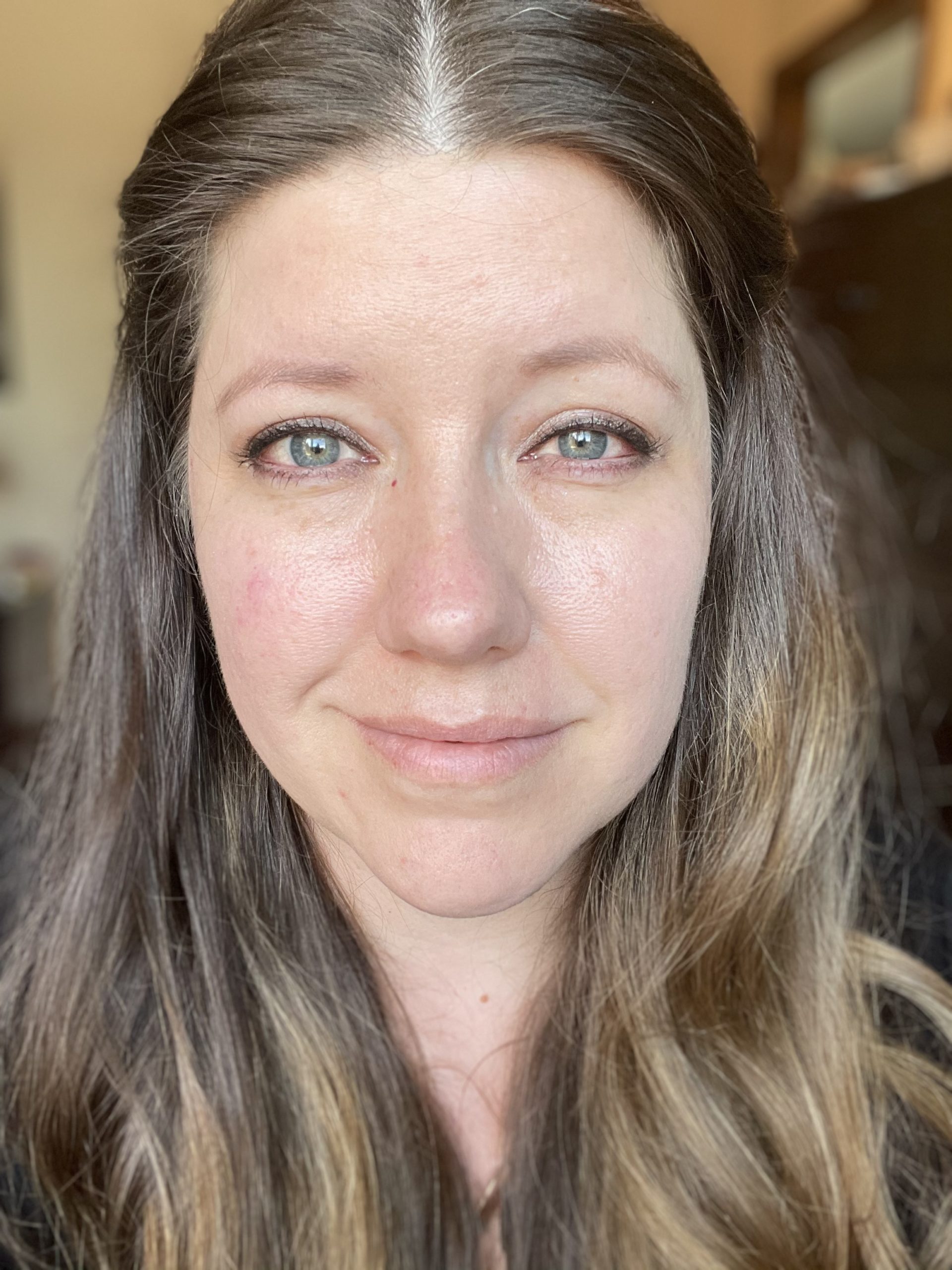 I’m Nicole, a 10+ year veteran of the food blogging world, and mom of SEVEN. Every meal I make is a “big batch” in this house! Join me for delicious, family-tested recipes for 10+ people. Great for BBQs, pot lucks, cookouts, family gatherings, holidays, and more!